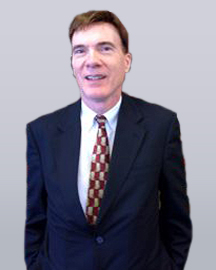 Tom Regnier, Of Counsel, is an appellate attorney with extensive experience in civil and criminal appeals. Tom provides litigation support and appellate counsel for the Rapacke Law Group.

Tom has won appeals in the Florida Supreme Court, the U.S. Court of Appeals of the 11th Circuit, and all five of Florida’s District Courts of Appeal. He earned his J.D., summa cum laude, from the University of Miami School of Law and his LL.M. from Columbia Law School, where he was designated a Harlan F. Stone Scholar in recognition of his “superior scholarship.” He has served as a judicial law clerk for the Honorable Melvia Green in Florida’s Third District Court of Appeal and for the Honorable Harry Leinenweber in the U.S. District Court for the Northern District of Illinois. He has taught as an adjunct professor at the University of Miami School of Law and at Chicago’s John Marshall Law School. His law review articles have appeared in the NYU Journal of Legislation & Public Policy, Santa Clara Law Review, UMKC Law Review, and the Akron Law Review, among others.

Tom is licensed to practice law in all Florida state courts, the U.S. Court of Appeals of the 11th Circuit, the U.S. District Courts of the Southern and Middle Districts of Florida, and the U.S. Supreme Court. He runs his own law practice, Tom Regnier Appeals, P.A.

Tom has a special interest in theater and has acted with the Shakespeare Troupe of South Florida, which has performed for underserved communities in South Florida. He is currently president of the Shakespeare Oxford Fellowship. He has taught a course on “Shakespeare and the Law” at University of Miami School of Law and has spoken on Shakespeare’s legal knowledge at conferences around the United States. In 2016, his talk on “Hamlet and the Law of Homicide” was chosen as one of the inaugural speeches in the Dade County Bar Association’s Thurgood Marshall Distinguished Lecture Series. Tom enjoys sharing his knowledge with young lawyers by judging law school moot court competitions.

See what our clients are saying

"This law firm has been outstanding thus far. Most lure you in with an attractive retainer and then bill you far beyond what you expect to pay for services on the back end. The Rapacke Group stands by their fees with no surprises. Great follow-up and great service paired with reasonable rates make this one of the best experiences ever in dealing with a law firm."
- Lowell Crawford
"Andrew and his team are fantastic! From creating a new business and checking to make sure we were in full compliance, the team at The Rapacke Law Group handled everything with ease for us. I highly recommend this law firm to anyone just starting out or looking to upgrade your existing protection in Corporate Law! Thank you again!"
- Aqua Fire Pit
"The Rapacke Law Group is simply worth it! If you have the idea, they have a streamlined process to obtain the patent and have it mastered. The team is very knowledgeable and will prepare you with accurate information to guide your decisions. I am now patent pending and patiently awaiting approval on my patent application."
- Thomas Andrews
"The Rapacke Law Group handled a provisional patent application for us. Their service was excellent and turnaround time was very quick. They took general information from us and crafted it into a very detailed application for the US Patent office. It gave us peace of mind knowing the total cost for this service was included in their flat-fee proposal."
- Nick P.
"I appreciate the work done by the team, which was very professional and precise. I wanted to patent one of my jewelry designs and it was a very smooth process for me as all the details were taken care by the firm. We communicated by email and all my questions were answered almost in an instant.
- Alex Torres
"Andrew and his team helped me file a provisional patent in a very short order. Their writing allowed for protection of my invention's most important aspects, as well as giving me room to modify and adapt my product as we went through our planned testing process. Would definitely recommend."
- Andrew Webber
"I retained the Rapacke Law Group to file my design patent application and could not be happier with the customer service and straightforward fixed-fee approach. Andrew worked with me every step of the way answering all my questions and ensuring I was up to date on all upcoming events. I highly recommend the Rapacke Law Group for all patents."
- Sammerjit Raikhy
"As a small business owner, Andrew was invaluable to my business. Not only was his firm responsive and professional, Andrew went above and beyond and connected me with the right person in the industry for my business. I have tried a few small business lawyers and have to say he is by far the best."
- Ming Hwong
"The Rapacke Law Group conducted a prior art search for my invention. A detailed analysis and report was provided once the search was completed. They answered all of my questions in a timely manner and advised me on the best strategies moving forward. For any and all patent and trademark issues, I highly recommend the Rapacke Law Group."
- Brittany Long
"Andrew & Ben at The Rapacke Law Group are great to work with and I highly recommend them. They worked efficiently and were highly responsive to all of my questions during my patent application process. I highly recommend working with them and definitely plan to work with them again in the future."
- Lisa Kim
Previous
Next
Read More Client Reviews

Ready to get started?

Schedule a free consultation with an experienced attorney

Call For A Free Consultation