Patenting AI in Software as a Medical Device Innovations 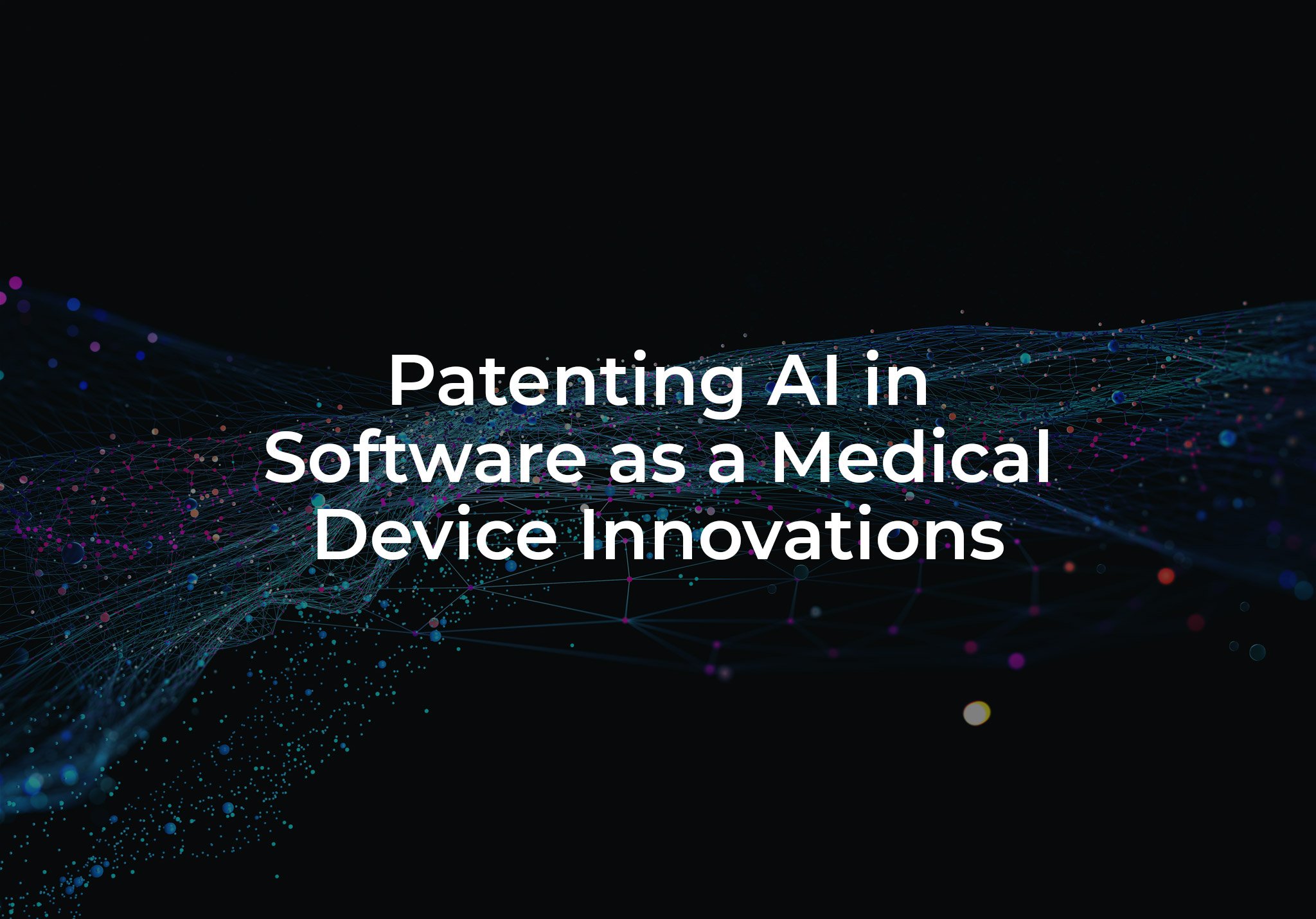 Within the past few years, the emergence of software as an integral part of medical devices used by patients has become so prominent and lucrative that it has its own name in the industry: software as a medical device (SaMD). SaMD utilizes software technology to perform a wide assortment of tasks, such as data collection, analysis, diagnostics, and testing. The software may include artificial intelligence or machine learning algorithms as well. These lifesaving innovations often warrant intellectual property protections. For instance, the device that utilizes the SaMD can be eligible for patent protection as a medical device patent, and the software processes underlying the algorithms behind the SaMD could also be eligible for software patent protection.

AI has likewise become an integral part of many patentable software systems, including those developed for the medical field. To provide a better understanding of just how prominent AI is in the patent landscape, in late 2020, the United States Patent and Trademark Office (USPTO) released a report on AI innovation, entitled Inventing AI.[1] The report notes that over the past thirty years, AI has diffused from computer technology applications to all kinds of industries, from logistics, to agriculture, to finance, to fitness and health. By 2018, 42% of all technology subclasses examined by the USPTO contained patents directed to AI technology. Similarly, by 2018, 16% of all patent applications contained AI technology.

The healthcare industry is just one industry that benefits greatly from the implementation of AI into medical technology. AI based SaMDs can be used to provide early detection of patient illness or can be programmed to provide a customized treatment profile specific to a patient’s exact needs. AI can also be implemented in medical devices that perform real-time health risk assessments or run predictive error simulations to prevent complications during or after a medical procedure. All of this is possible because of the underlying algorithms of the SaMD.

A Range of Algorithms: From Locked and Adaptive

Adaptive algorithms capable of machine learning that are incorporated into new medical technologies save time, reduce medical errors, and improve patient care. One prominent area of medical technology wherein the software as a medical device utilizes machine learning is the field of diagnostics, such as reviewing patient scans for signs of cancer, monitoring a patient’s physiological state, and administering a medication appropriately based on the observed patient data.

While companies can potentially rely on trade secret, and to some degree copyright, to protect their intellectual property rights underlying their AI in a SaMD invention, it is also critical to evaluate the invention for potential patent protections and pursue those patent protections where appropriate. Software inventions are potentially patentable subject matter when claimed as a method or process with sufficient specificity to clearly convey what the claimed invention is.

An experienced SaMD patent attorney can help you determine whether patent protection is right for you and can help prepare a patent application for your AI or SaMD invention. Contact the professionals at The Rapacke Law Group today to schedule a free initial consultation.