Software As A Medical Device: Can It Be Patented? 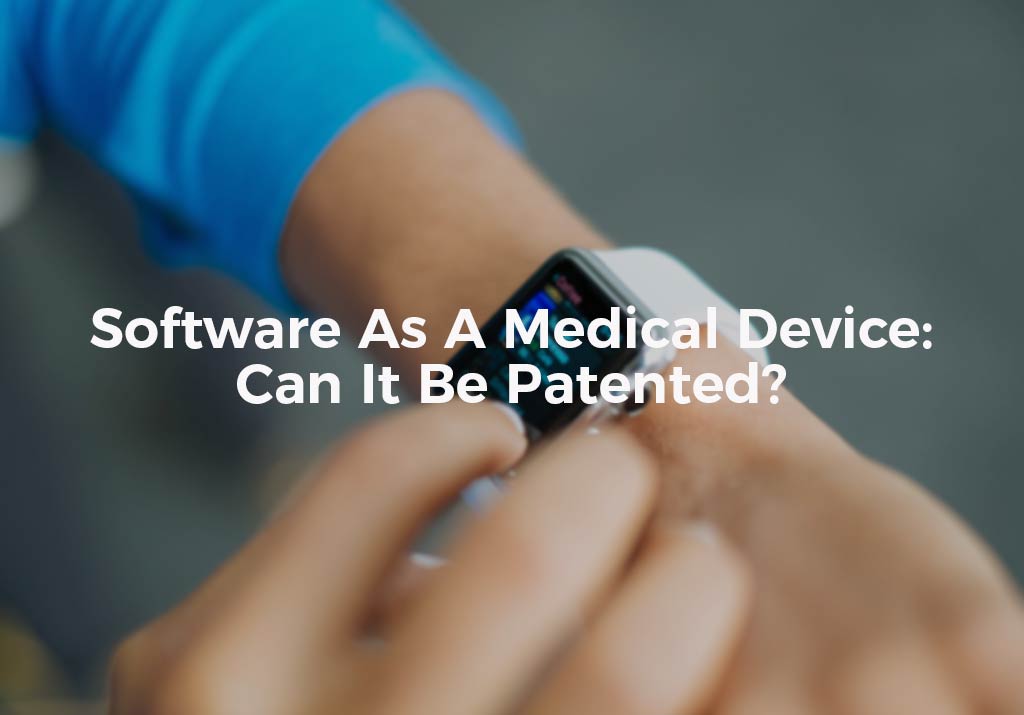 On December 8, 2017, the FDA issued Guidance related to software-as-medical-device (SaMD), which represents “… the current thinking” on the topic of SaMD. The Guidance specifically states that “[i]t does not establish any rights for any person and is not binding on the FDA or the public.” The Guidance adopts the “internationally converged principles agreed upon” and developed by the International Medical Device Regulators Forum (IMDRF). See, for example, this information guide issued in 2013.

In addition to providing “significant” information, the SaMD should have a level of “independence.” That is, in general, SaMD should be capable of running on any general purpose computing platform and should, at least in theory, be able to accomplish its medical task if separated from its “normal” housing. As such, software that is necessary for medical hardware to run or that cannot be separated from the hardware is not considered SaMD.

The KardiaBand for the Apple Watch

In November of 2017, the FDA approved the first medical device accessory for the Apple Watch, the KardiaBand electrocardiogram reader. The KardiaBand replaces the original Apple watch band and combines a sensor with an artificial intelligence software application that detects abnormal heart rhythm or atrial fibrillation. The KardiaBand continually monitors the user’s heart rate to determine what is “normal” for that individual, establishing a baseline. The KardiaBand takes measurements every five seconds and will prompt the user if an abnormal reading is detected. This data can then be shared with a healthcare professional in the event of an emergency.

Without more technical information, it is difficult to determine if the KardiaBand is a “pure” software medical device or a combination device.

As noted, even though the FDA may consider certain software to be a medical device, that designation by the FDA will have little impact on the patentability of SaMD. Furthermore, patenting medical software, as software, is difficult but not impossible. With respect the SaMD, if the software is incorporated into a medical technology, it may be possible to obtain patent protection for the software as it pertains to the medical device.

Need Help Protecting the IP Associated With Your SaMD?

If you need more information about SaMD, please do not hesitate to contact an experienced and skilled attorney at The Rapacke Law Group. The professionals at RLG can be reached by calling 954-951-0154 to schedule a free initial consultation or you can fill out this online contact form.